How I got Hooked on Fishing: Part II

Last week's blog is the story of how,  a land-lubber from got hooked on commercial fishing in Alaska.  This week we read the rest of the story.
Returning to Ohio after traveling home from my summer in Alaska, and spending all my money doing it,   I worked three jobs all winter and wondered how I was ever going to make and save enough money to make my way back to Alaska.  My cousin, who I staying with in Anchorage,  had moved back to Ohio and without a place to stay, my dream didn’t seem possible.  But, as fate would have it, after three short months of Ohio, cousin had had his fill and wanted to move back to Alaska.  This time to a small fishing town in southeast called Petersburg.  He offered to pay my way if I helped him with the drive cross country.  Come spring, I was again heading north, but this time in a Toyota minivan.  It took about a week to drive to Bellingham, Washington where were caught the ferry. Another four days later and we arrived in Petersburg, Alaska. 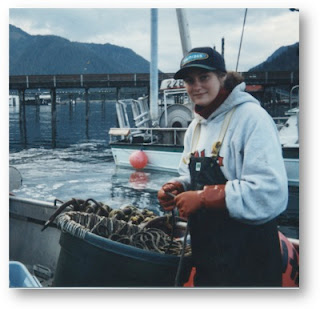 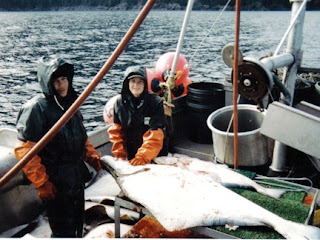 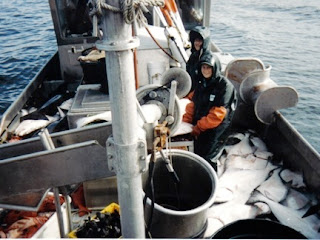 The catch aboard the f/v Spirit
Posted by Jen Pickett at 10:32 AM